Have you ever thought about advocating a cause big enough to affect a country as a whole?

We can imagine you have, but this advocacy of yours may most probably concern your own country of birth.

Here is where Virgie Roy, a Filipino professional nurse immigrant, comes into the picture. She wholeheartedly advocates  as seen in Roll Call's article against something that could potentially harm the US’s healthcare system, a country not of her own.

To give you a clearer picture of what we are talking about, we invite you to read about the Fairness for High-Skilled Immigrants Act, which the House passed just recently by a vote of 365-65, that could potentially abolish the per-country limits of (7% of annual maximum for specific countries) on employment-based visas in an attempt to ease the tremendous backlog for Indian green card applications.

This would mean that the US may not be able to control the influx of immigrants, in terms of professional categories and country of birth, coming into their own country. As we picture it, we could imagine Filipino employment-based visa applications getting pushed back so that the US could accommodate the far greater amount of people coming in from countries that have a huge amount of backlogged applications due to the immense applicant population. The “Skilled Workers” category for the US employment based visas may take the greatest hit.

OPINION - The US is now experiencing a shortage in healthcare professionals because of a lack of their own local supply of college graduates and an aging healthcare employee population. Pursuing this act may lead to an inevitable substandard healthcare system.

Professional nurses like Virgie who would want to get into the US now may not enjoy the just-recent movement forward of EB-3 priority dates for very long if this Act continues its pace forward.

Virgie Roy, a now US Citizen, is openly against this.

As our very own USRN, we have had the pleasure of knowing her and of experiencing first-hand what it is like to get to work with her.

Her journey as a USRN started out in 2006 where she had initially applied with another agency. For some reason, and due mostly to the very severe retrogression at that time, she was not able to immediately go to the USA for an employment as a nurse.

Around 4 years after her initial application, she found us, Unistaff.

This was around 2010 where she attended an online interview with our US employer. Upon which, she immediately received an offer from them and was officially signed up. Luckily, we recaptured her priority date of 2006, so her initial priority date is unmoved, and he application stays in line. Her visa petition was filed in lightning speed, so our process was very seamless. To add to this, Virgie was compliant with her application documents, seeing to it that she does not miss a beat.

“I have applied for the opportunity way back in 2007 after passing the US NCLEX nursing board exam which I took in Saipan, a US territory and subsequently an English proficiency exam. The petition for my application and that of my family got approved eventually but we only have been processed for actual visa release on December 2013, six long years waiting time because of backlogs and retrogression in the processing of employment-based visa for nurses allocated for the Philippines where I come from.”

Ms. Christina Mahinay, our US recruitment officer, also recalls that she would be texting Virgie in the morning about application documents, which Virgie would gladly submit by afternoon of the same day in spite of a long day at her duty. Additionally, Ms. Mahinay appreciated the effort and time Virgie took just researching, reading and educating herself about the visa process, so as we were informing her about these steps in stages, she was comprehending every bit of information we tell her – a remarkable instance in our 20+ years of being in the recruitment industry.

February 2014 was her arrival in the U.S together with her family. Her first traveling assignment was to serve the Native Americans in a remote place in South Dakota called Pine Ridge wherein the patients were admitted in an Indian Health Service hospital. Her husband also got a job as an independent contractor doing IT project management. Her children were attending school and her family was set. Adjusting to the life in the states was an ease because of the aide that both our US employer and her hospital were extending to her.

She dedicated herself to her job and her new country. Virgie was loving everything about life in the USA little by little.

But this newfound love did not come without trial.

“During our brief stay in Florida, myself and my family had the chance to visit USS New York during the Fleet Week in Fort Lauderdale. During a sightseeing trip, my family visited 9/11 site in New York. It is on these two particular moments that drove my only daughter to join the US Air Force to make her contributions and serve the military and America, a country that took us as one of its own. My daughter passed away almost two years ago while on active military duty and awarded posthumously with an Air Force Achievement Medal for her meritorious honorable military service. She left a dream of wanting to become a nurse too so she can serve the US Air Force Nursing Corps.” 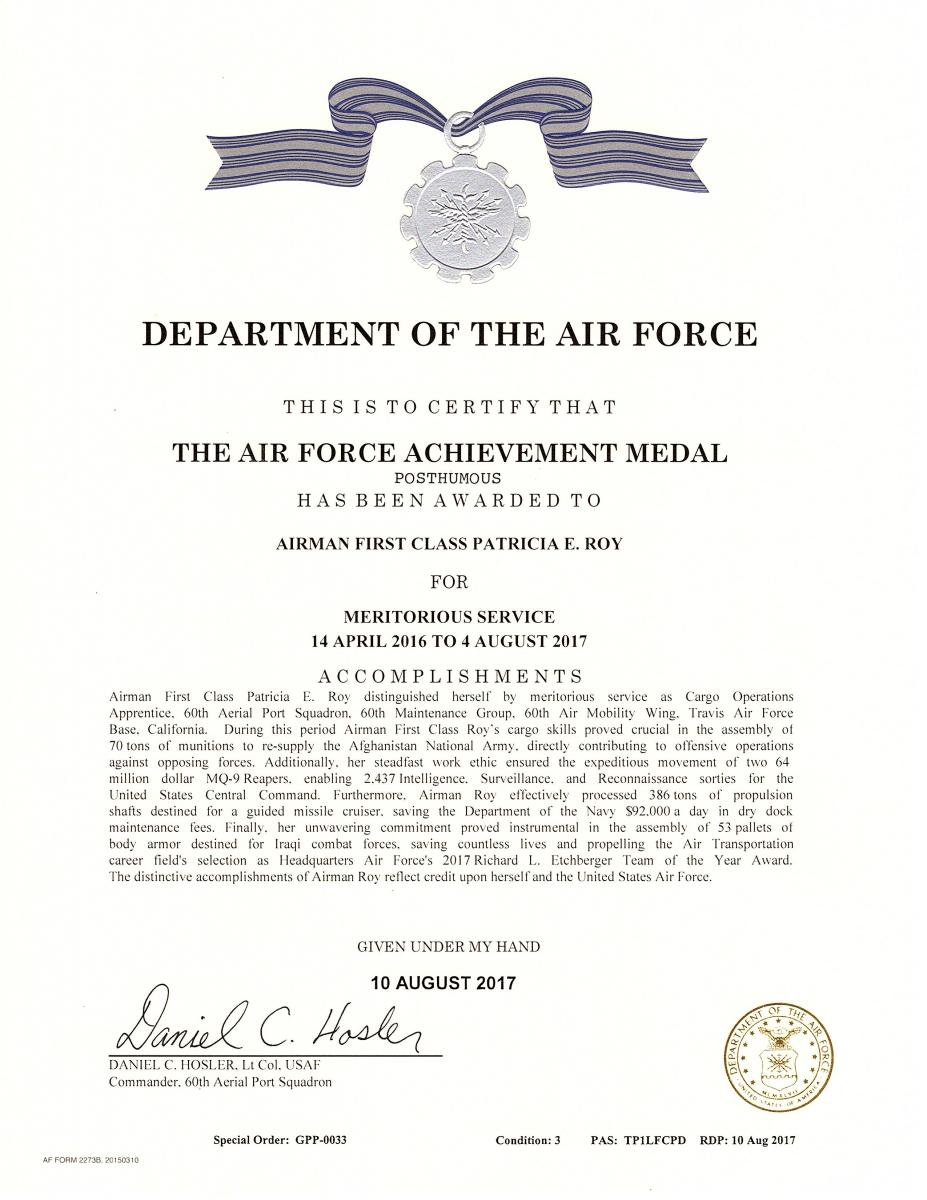 Virgie continues to serve the community as a nurse in a private military medical center that caters to the local residents of Fairfield, California and the U.S. Air Force respectively. Consequently, her husband took an accelerated nursing program, passed the board exam and is now serving as a nurse in one of the facilities in the nearby city from their place. Both do what they presently do in honor of their daughter. 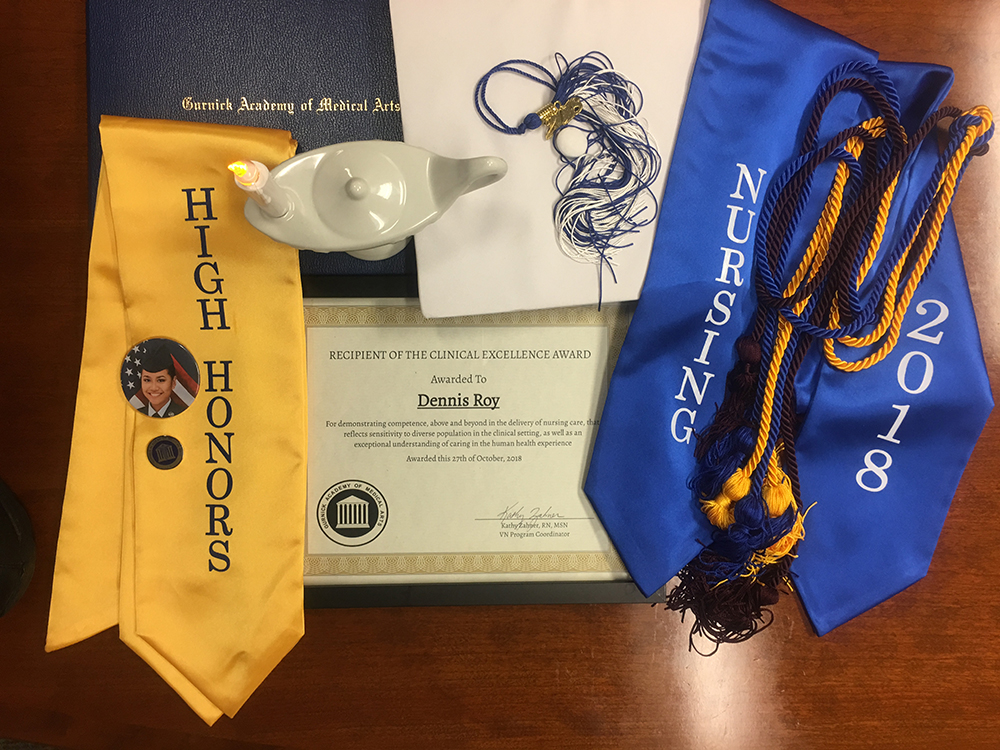 Being a nurse, one goes through a plethora of physical, mental and emotional demands at work to manage compassionate, safe and high-quality care to patients. They have to endure a multitude of unimaginable pains just to give and deliver their utmost assistance to them. Experiencing such hardships and struggles while maintaining the standard of healthcare service they should be giving is impressive. But the quality may deteriorate knowing that there will be difficulty in sustaining the healthcare labor force, which could put a risk in the well-being and lives of many American citizens.

“As a US citizen and as a nurse, I have the obligation to advocate for my country, for my patients and for my profession. Without a special carve out for nurses in the Highly Skilled Immigration Act of 2019, there will be a labor shortage for nurses in the coming several years which are much worse than the current shortage at present. This will cripple the healthcare industry and endanger the safety, general well-being and many lives of American people across all ages.”

Their family is such a great example of immigrants who turned out to love their new country and now serve as good American citizens. Their story is filled with so much passion and inspiration that one might even take this as a guiding light towards pursuing a better life in the US to fulfill their American Dream. And her story opens up the possibilities of other immigrants to speak up in order to make a positive change that affects the millions, if not, billions.

It is common for us to think our capacity as professionals working in another country is limited to our domain, but Virgie Roy is an outlier proving us wrong, and showing us that we could become a voice of millions who are currently experiencing the same plight.

She proved to us that we as individuals could move the minds and hearts of many by simply doing what you believe in and by setting a great example of being a professional driven towards solving the problems of her occupation. In this case, healthcare is highlighted and nursing is the individual capacity that she brings to the table.

We know thousands upon thousands of our own beloved nurses. However, after looking back at Ms. Virgie’s journey, we could say that it takes a special kind of care to become someone that could go beyond the call of duty to solve something that endangers what they love doing.

“Virgie’s story is indeed very touching as it is strong. We are thankful and proud to produce nurses as brilliant as her, who could speak up for the millions who dream to contribute and advance their skills and knowledge for their career growth just like her but are now in a situation of uncertainty because of this bill.

We are one in wishing that the bill will not be approved.

For the time being, we are doing our best to get as much as qualified nurses as we could get, process and deploy. Eventually, we could collectively realize our dreams for these nurses to reach their goals in the USA, as well as to ease the apparent healthcare shortage the U.S. is experiencing at this moment and in the future.”

As of now, the Bill has been passed to the House, which will then be coursed through the Senate, the President, and ultimately get passed as a US law.

It may still take years for the bill to move forward, and while we are waiting and hoping that it does not progress, we encourage everyone to realize their U.S. dream with us as soon as possible.

While passionate Filipino immigrants/US citizens like Virgie Roy fight for your place in the U.S., you could start fighting for the same thing by applying with us.

With more than 30,000 Filipinos deployed throughout the world including Virgie Roy, and with over 6 dedicated U.S. employers with various healthcare facilities in 50 different states, we are your number 1 choice for a quick and efficient way to your career goal in the U.S.

Thank you, Mrs. Roy for sending us your testimonial and sharing your heartfelt journey with us. We are behind you in your advocacy! Your Unistaff family wishes you all the best, and we cannot be more proud of what you and your family have achieved.

To those who seek new opportunities in the U.S.A. in hopes of becoming a USRN just like Mrs. Roy, the quickest way to get there is through the USCDP. You may click the photos below for more details: 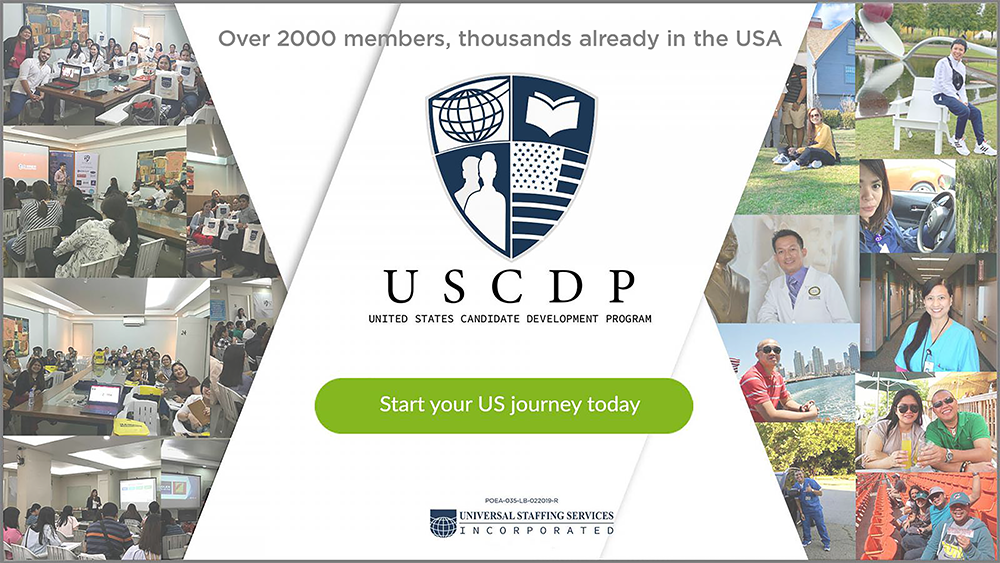 For those who are only a few steps away from becoming a USRN, and already have NCLEX and IELTS, apply and get interviewed upon screening by clicking the button below and typing in your preferred job opportunity.

Contents of this article were derived from Mrs. Roy's testimonial submitted to our Unistaff team.